A rear spring broke on the Mereenie Loop Road. 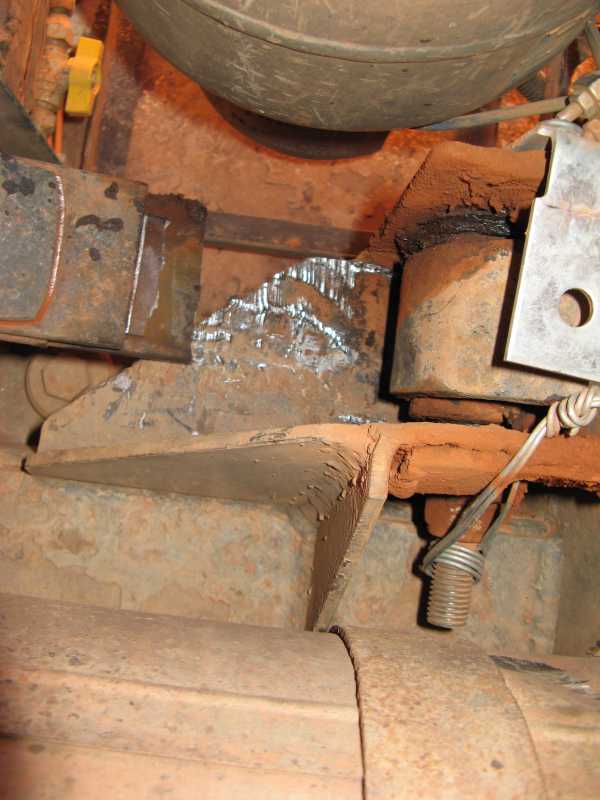 I had to use a screw jack against a chassis member to lever the spring back into place. 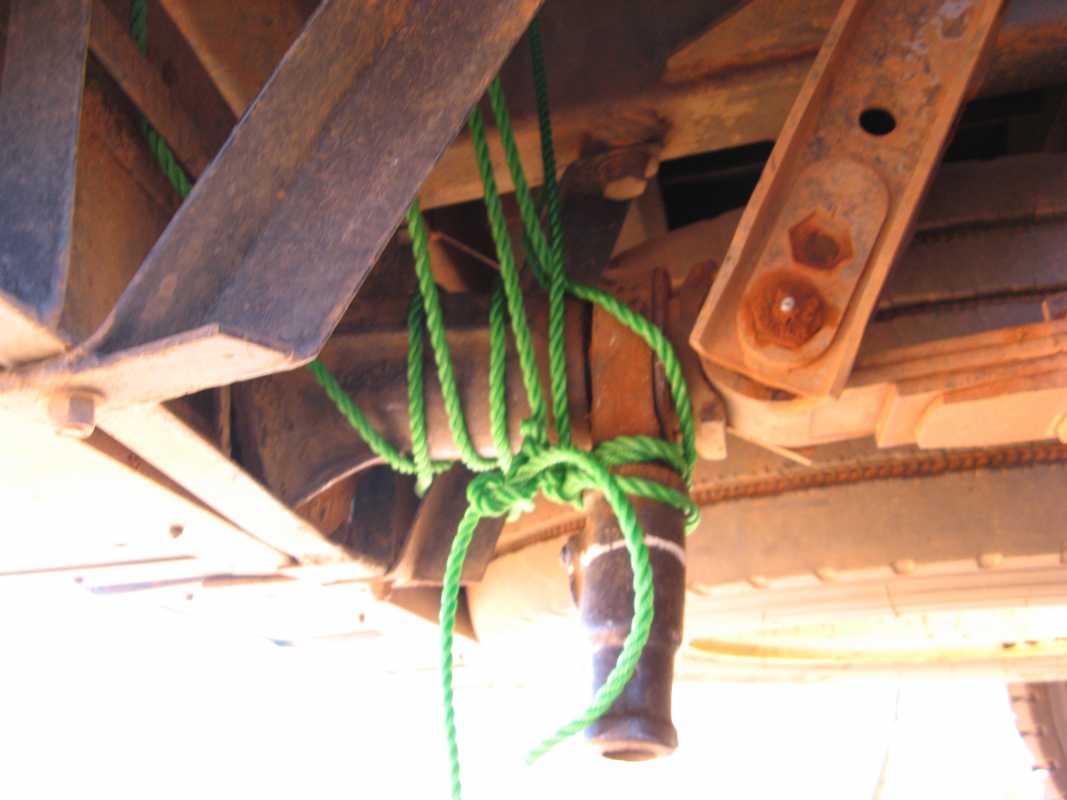 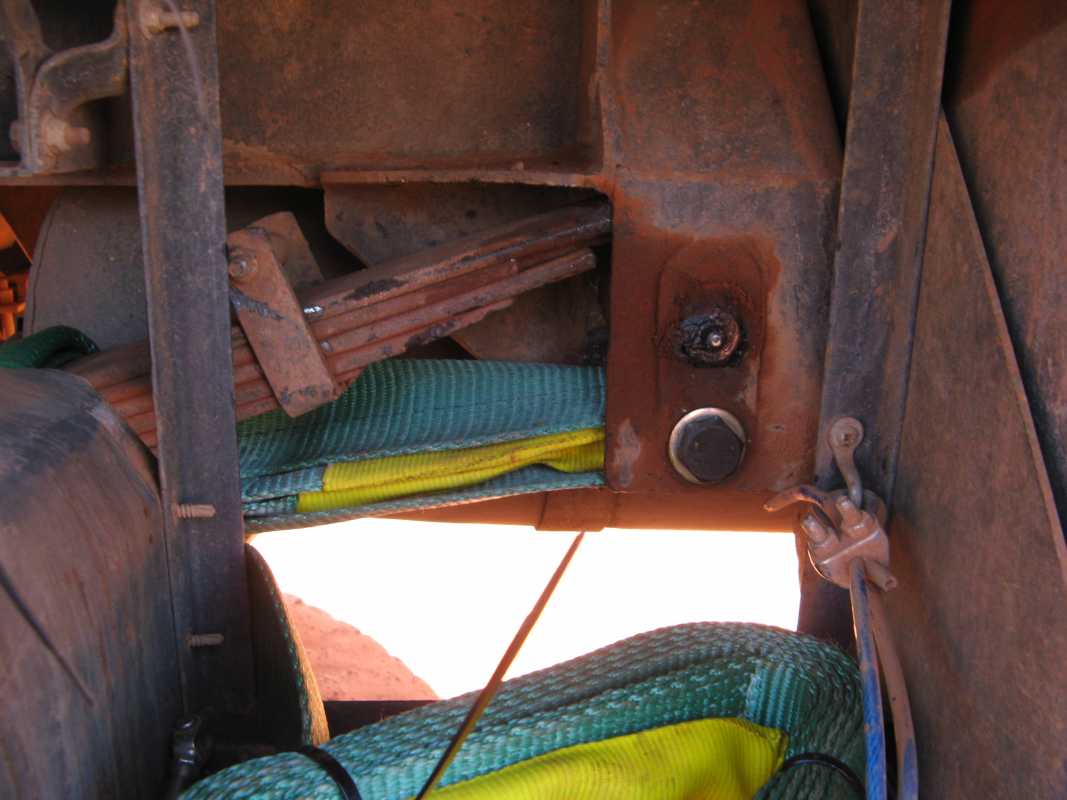 In retrospect I should have put a piece of timber between the broken end of the spring and the spring hanger to protect it from the sharp edges, but this fix lasted several hundred km before we could get a replacement spring.
David and Janet Ribbans - Oka 148
Oka148 profile here.
Visit our technical and travel blogs: here.

We made a new pin from a piece of a spare U bolt that was the same 16mm diameter.
It involved cutting some body support blocks from a fallen tree using a chain saw, a hydraulic jack under the axle, a small mechanical jack (I now carry one), an angle grinder (powered by inverter), the winch (to reposition the axle forward) and a Readywelder 2 24V DC welder which I also carry. 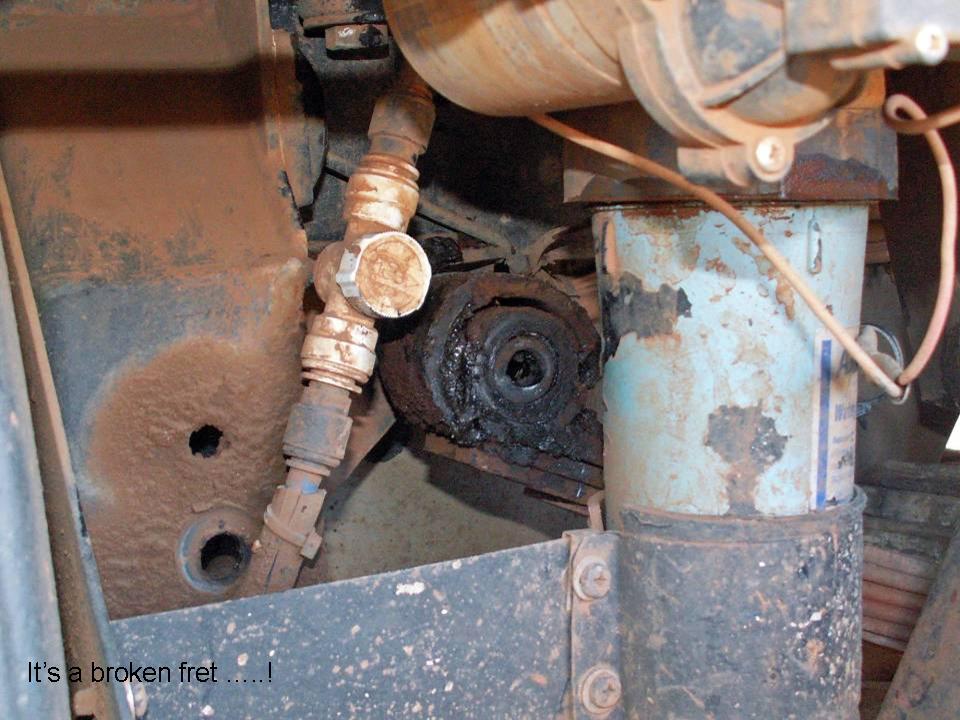 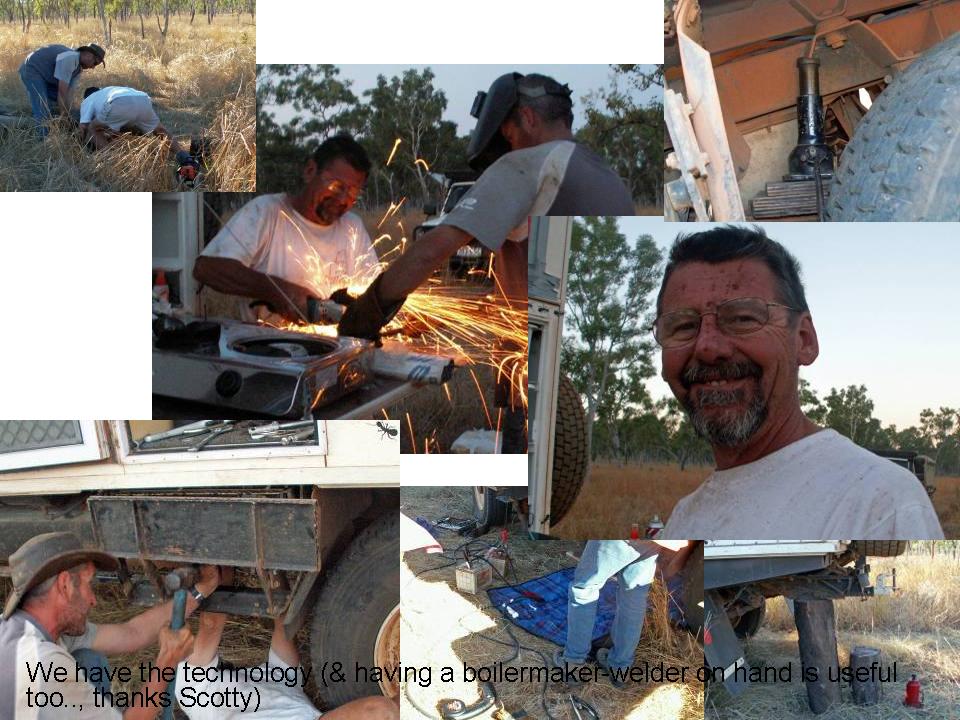 The sharp point was so we could drive it into position with the holes partly lined up.
The 'head' was welded on after it was inserted and then the nut was tightened afterwards to pull it back against the 'head'. 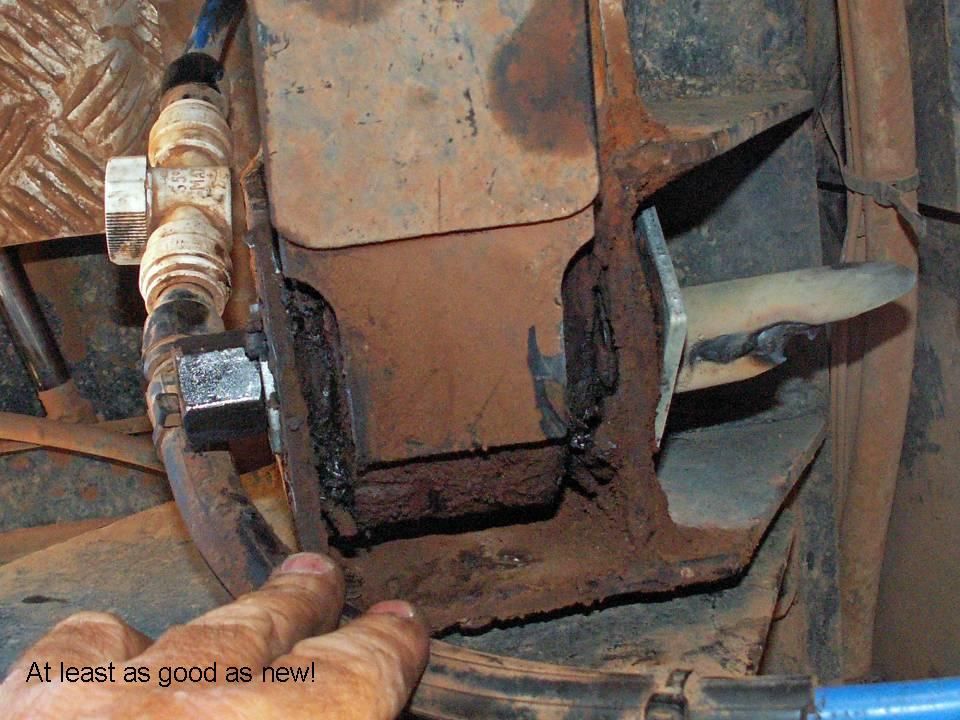 We actually found the missing piece of the broken pin 50m back on the track.
This was the incentive to develop the 20mm pin kit.
The repair was not touched until all pins were replaced in Adelaide some months later.