1999 and on our second trip to the Kimberley via the Gunbarrel (from Adelaide) we were approaching Ellenbrae from the SW on the GRR, but there seemed to be something wrong with the GPS reading. We were travelling with our son who was in his FJ40 and we were cruising at about 100kph.
Now you cant cruise the GRR at 100 without full attention, and the predictable happened. I dropped the LHS of the combination off the edge of the road. That woke me up and I got the F350 back up pretty quick, but the edge dropped away about 250mm and the trailer was a bit slower coming back onto the road.

In that small space of time, the LH wheel of the trailer hit a 400mm diameter rock at 100kph. 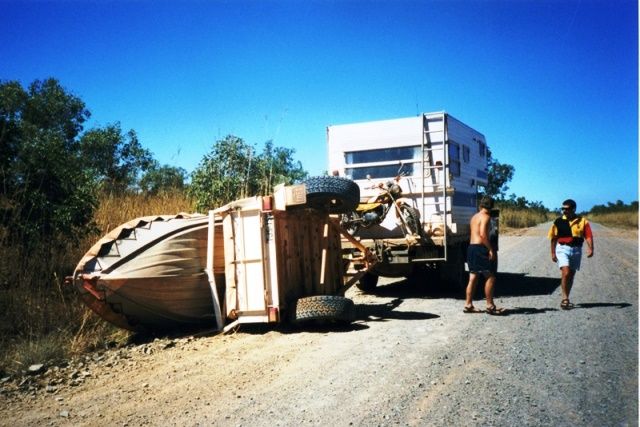 It was all a bit of a mess, to say the least.
We spent 2 hours getting it upright, bending the guards out of the way and getting the axle in about the right spot. The end of the hanger end spring had broken off and had penetrated the steel bottom of the trailer directly under a 20L plastic fuel container which was full at the time. It was scratched, but effectively undamaged.
I am absolutely sure that the Tregg hitch saved the Ford from rolling too. The pin was bent and took some removing, but it was otherwise undamaged. 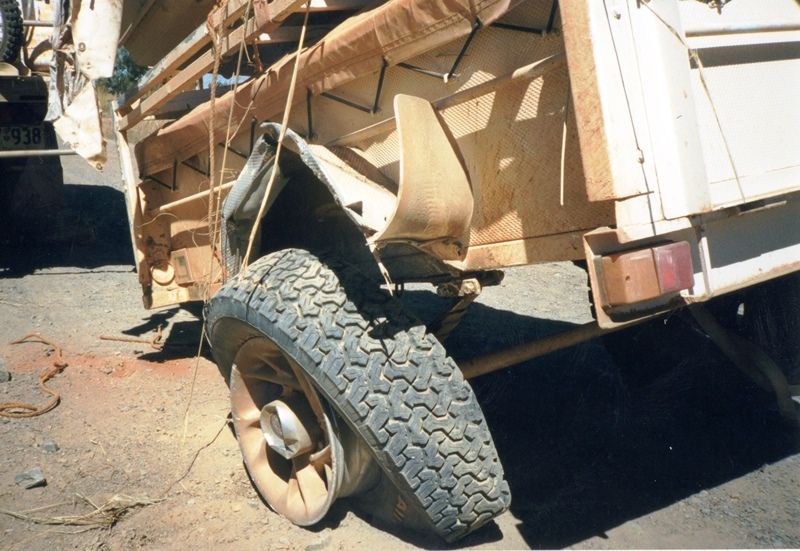 We put a spare on and limped a few ks into Ellenbrae at about 20kph. Apart from crabbing a bit, it towed fine.
Once at Ellembrae, we had a better look and made some more lasting repairs.
Surprisingly, the axle seemed fine and the U bolts mostly survived. 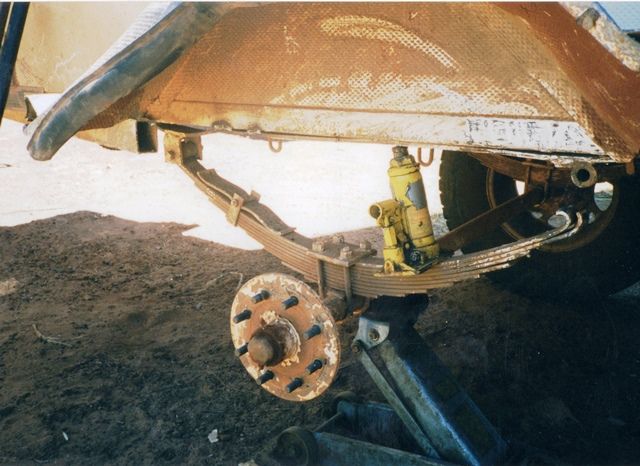 So I borrowed a welder and some bits of scrap steel, cut the end of the spring off and built a slipper end. 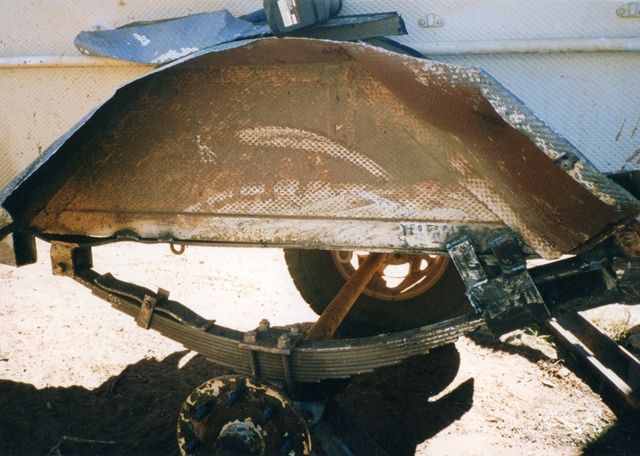 The tinny was left in the dump at Ellenbrae.
Next time we called in someone had dragged it to the homestead and planted it with flowers. More recently it had been straightened out and patched and was being used as a punt across the river between the homestead and the air strip.

The trailer made it home to Adelaide via The Bungle Bungles, The Buntine Highway, Alice, The Old Andado Track and the Oodnadatta Track without further incident.
Once home, I replaced the spring packs, hangers and U bolts. The alloy rim was straightened.

We still have the trailer.

Less More
07 Mar 2014 12:53 #2 by outyonda
outyonda replied the topic: Fun with Trailers
90% of the problem with trailers is they use trailer springs,

trailer springs are too short, too stiff & not flexible enough for off road.
fine for garden trailer to tip.