Less More
15 Nov 2014 09:24 #1 by kimberley ferals
kimberley ferals created the topic: OKA FOR SALE
Hello there,
We are the second owners of OKA 161 which we have owned for 6 years.
It is up for sale as we no longer need such a big vehicle because the kids are growing up & buying cars of their own.

Has same rear POD as mine. Same Setup except mine is LT Multi Cab, with XT POD.

Less More
22 Feb 2015 23:58 #3 by The Baileys
The Baileys replied the topic: OKA FOR SALE
Well that was an eventfull trip to pick up our new toy !
starting with a flight to broome, then 4wd hire car to fitzroy crossing to check out our new toy, bungle bungles unfortunately were "closed", in to derby, gibb river rd sadly was also "closed", Malcolm Douglas crocodile park, dinosaur footprints, cable beach, stayed in broome where the new toy was delivered to us ( huge thanks to Ann, Andy and the girls ) , so we could return the hire car, on to 80 mile beach, hedland, karatha, rio tinto rail access rd with permits, into karajini national park to walk the gorges, tom price, coral bay with a glass bottom boat tour and snorkelling on the ningaloo reef, carnarvon, monkey mia including hand feeding a dolphin, shell beach, and everything in between.
Nearly 3000 kms without any air con in temperatures above 40 every day and sleeping in a super hot tent under the stars most nights for ventilation, all without any major problems to the new toy, ( a few rattles here and there, and a cd eating stereo ) .
But to have to finish the final 900kms from denham on the back of a flatbed due to a major diesel leak from the injector pump was not the best end to the trip. (Probably not fitted properly back in august when it was rebuilt in broome, so some pipes and studs had sheared off, we managed to get the 40kms back to denham by using 75 lts - really not good fuel economy compared to the 16/100 we had been doing prior) lol.
At least it's now home safe and sound, so now time to fix it all up and deck it out to suit us.

so finally OKA 161 is now in waikiki 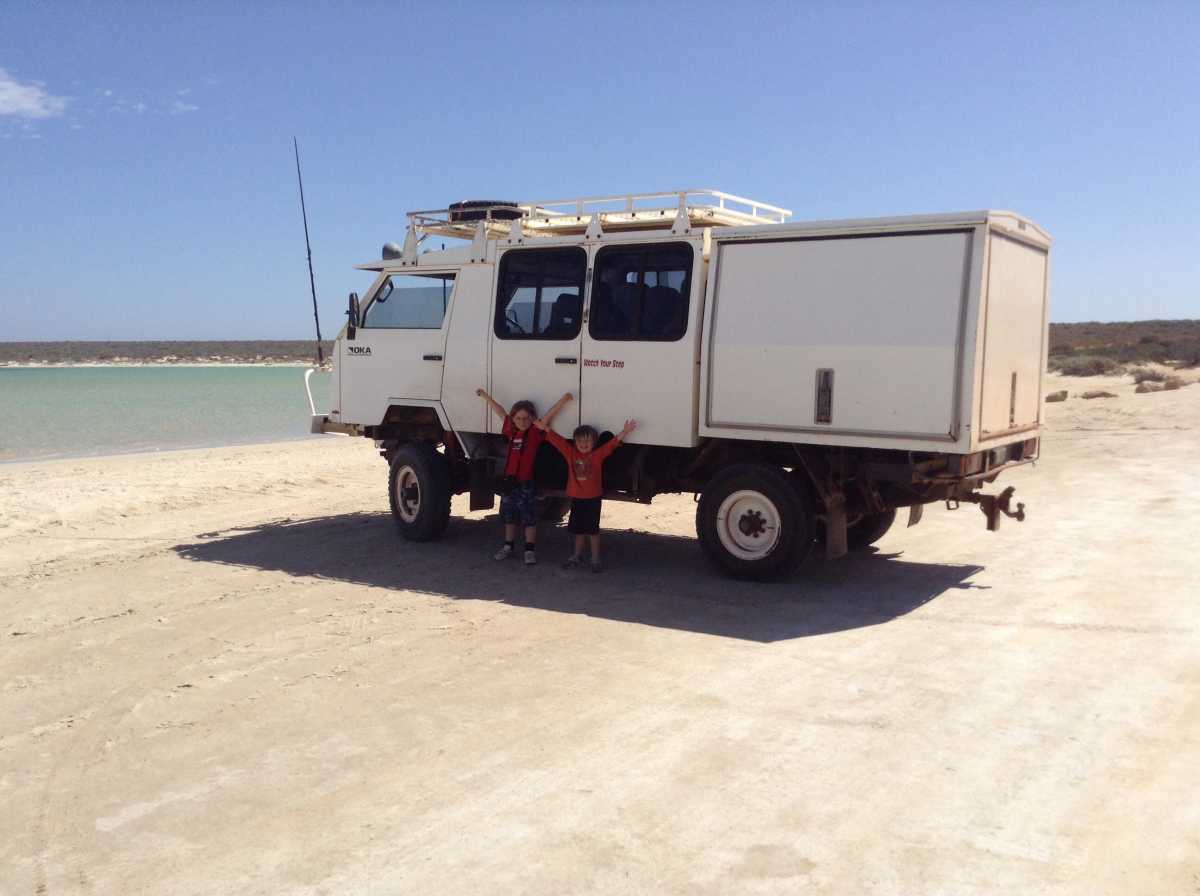 You are in the best State for OKA Support IMHO. You have people like Brett who is a OKA Nut, Allan at OKA Spares and Joe, just to name a few.

If you was in the East Coast, you would have Paul Nott etc.

Bit of a bugger about the fuel pump.

Check out my pictures of 281 to give you some ideas. I can crawl between Multi Cab and Pod. Kids love it......

My POD I think was made by OKA, same as yours. If not by OKA, I think they come from same company. My POD was off a XT Multicab that did tours in the Kimberley.


Will be interesting to see what you do to it.
The following user(s) said Thank You: The Baileys

Had a similar IP problem. I was filling up in the BP at Mildura and thinking how the previous customer had spilt a lot of diesel when I discovered it was me, and this was with the engine off. Turns out there's an 'o' ring sealed plate on the engine side of the IP and the 'o' ring had failed. Fortunately there was a Bosch specialist diesel service only 2 Km's (and about 5 litres) away. Ended up having the IP rebuilt to spec with an 1/8th of an extra turn on the fuel screw. Made a huge difference.

Look at the bright side, it's better for it to fail in civilisation (if Denham can be called that) than the middle of the desert. We had an alternator fail there a few years ago and the local auto elec couldn't have bee more helpful. Couldn't find a decent/affordable diesel fitter up north ?

The following user(s) said Thank You: The Baileys

I had a call from a mate the other day to tell me he had just passed an OKA on a truck near Cataby. Now I know who's it was.

Cheers, Tony
The following user(s) said Thank You: The Baileys