Less More
23 Jan 2021 18:54 #1 by Alister McBride
Alister McBride created the topic: Springin into springs...
Hi all, i was looking at the difference between my XT and LT springs today and can't figure out what was standard... See pics below. First two are the XT front then rear. As you can see 2 or 3 x 10mm leafs at the top (and a few at the bottom on the rear) and 1 more leaf total. All the rest that make up the pack are 8mm: 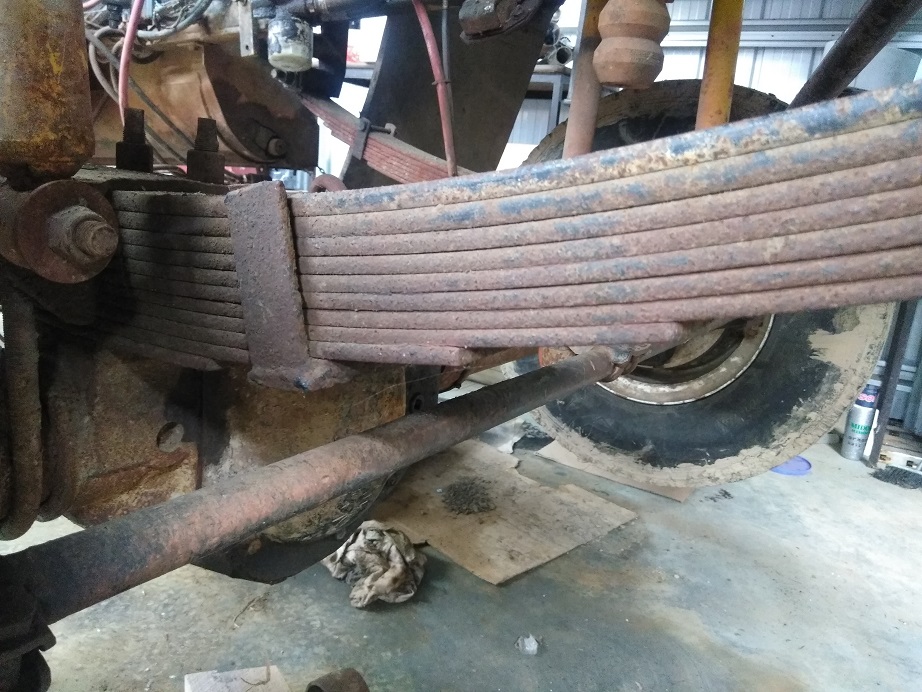 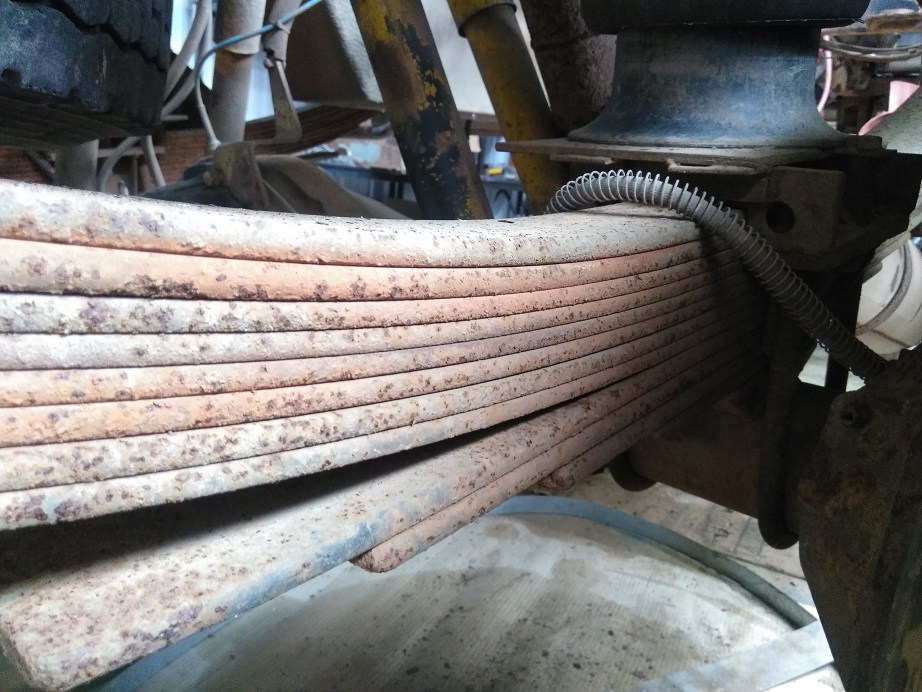 The LT has all 8mm except for the top most leaf which is 10mm: 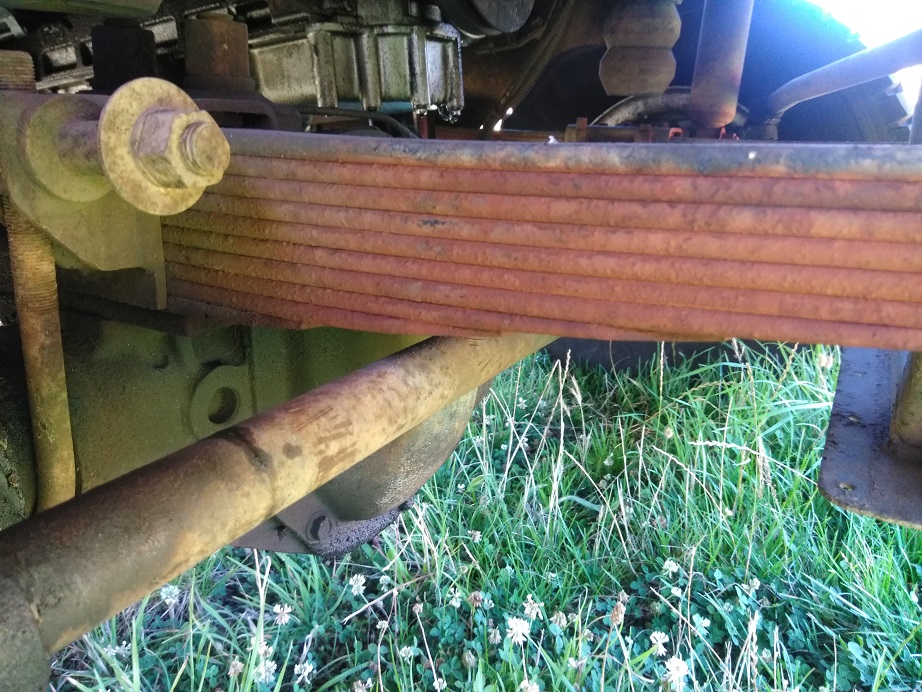 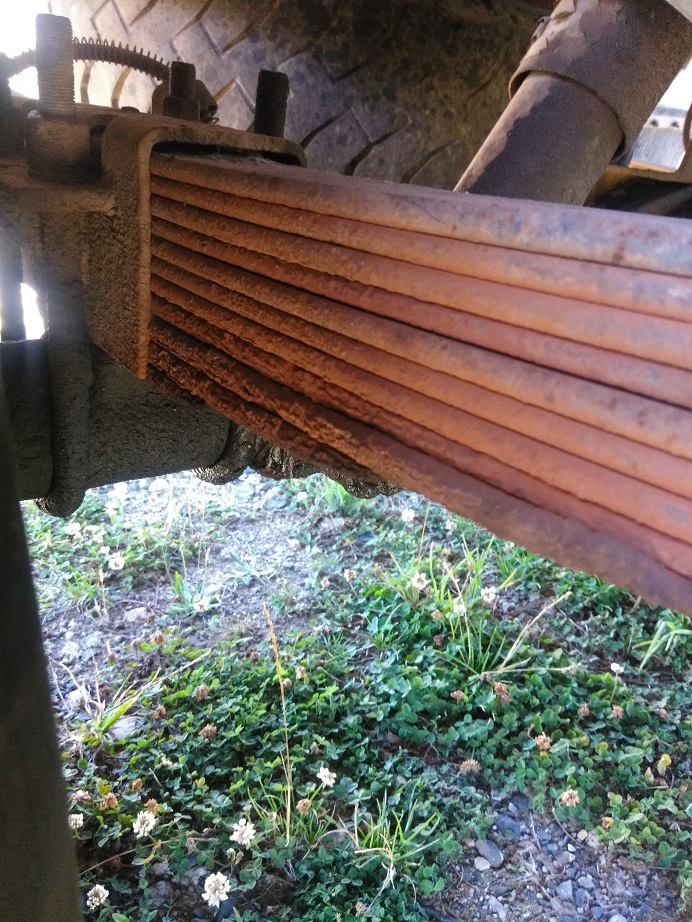 The LT has noticeably more roll around corners, although that would also be contributed to by the single damper on each corner even though there's provision for 2 on each corner... Just wondering what is standard and whether there were normally differences between the two models regarding springs?

Also, the LT is a bus body and although it has been de-rated to 4495kg (the previous owner assures me no leafs were removed for this process), the original GVM was only 5500kg... Weren't all LT buses 6T gvm?

Less More
25 Jan 2021 08:29 #2 by mort
mort replied the topic: Springin into springs...
Hi Alister, my LT has 11 front 8mm and 13 rear some 8mm and 2 x 10mm but mine was a work vehicle most of its life and did carry weight so I assume 10mm for that reason but std was all 8mm so yours are not std.
I did only have 1 shock per wheel front and yes did roll but once 2 shockies on no roll, also an XT here in Perth that we put 2 shockies on the front when the owner went for a drive he was so pleased with how upright it cornered he spent extra time going around roundabouts just for fun.
Martyn
The following user(s) said Thank You: Alister McBride

Less More
25 Jan 2021 16:25 #3 by Alister McBride
Alister McBride replied the topic: Springin into springs...
haha must have been an improvement if he wanted to go around extra roundabouts for fun in an OKA! My XT had dual rear shocks and i added dual fronts but i'm removing them as it's too stiff over bumps and by adding an extra support to the top mount have fixed the issue with the XT top mount breaking off.

Just wondering if the extra leafs on the XT were standard or if this one is extra special?

Less More
27 Jan 2021 16:40 #4 by Alister McBride
Alister McBride replied the topic: Springin into springs...
Anyone got any further info? Particularly interested in what the LT bus had standard to be rated at 6T GVM?

Less More
20 Jun 2021 07:39 #6 by Alister McBride
Alister McBride replied the topic: Springin into springs...
OK, so it looks as if my LT springs are standard except for the top leaf which has been changed to 10mm? So i may just be fine to re-set the springs with the process Peter James suggested of cold resetting them in a press in a previous post a couple of years ago and adding a second shock to each front? I do really like the handling of the XT with all those extra 10mm leafs, but it was pretty harsh over corrugations!