Less More
07 Apr 2022 07:18 #1 by Tins
Tins created the topic: Two in Gippsland
Yesterday ( Wed 6 April ), at about 5:00 PM I spotted two OKAs on the road between Nilma and Neerim South. I was so surprised to see the first one I couldn't really see what model it was as I was with my son and we were going the other way. It was a dark colour and had a square boxy body behind the cab.I wanted to follow it but my son had other ideas, and he was driving in his car. Then, a couple of minutes later, I saw another OKA! Once again it was too quick for me to get a proper look, but it looked like a bus body and was a light sandy green colour.
Although they were maybe 5 minutes apart they simply had to be travelling together. Had I been in mine, which was parked in Neerim South, I'm sure we would have met up. Love to know who they were and where they were going. Two in five minutes!

Less More
02 May 2022 11:32 #2 by Donald
Donald replied the topic: Two in Gippsland
The dark green one may have been us (309). Went through there late Wednesday afternoon, heading in a northerly direction, ultimately to the Hermit Kingdom (WA).
Travelling solo.
Donald 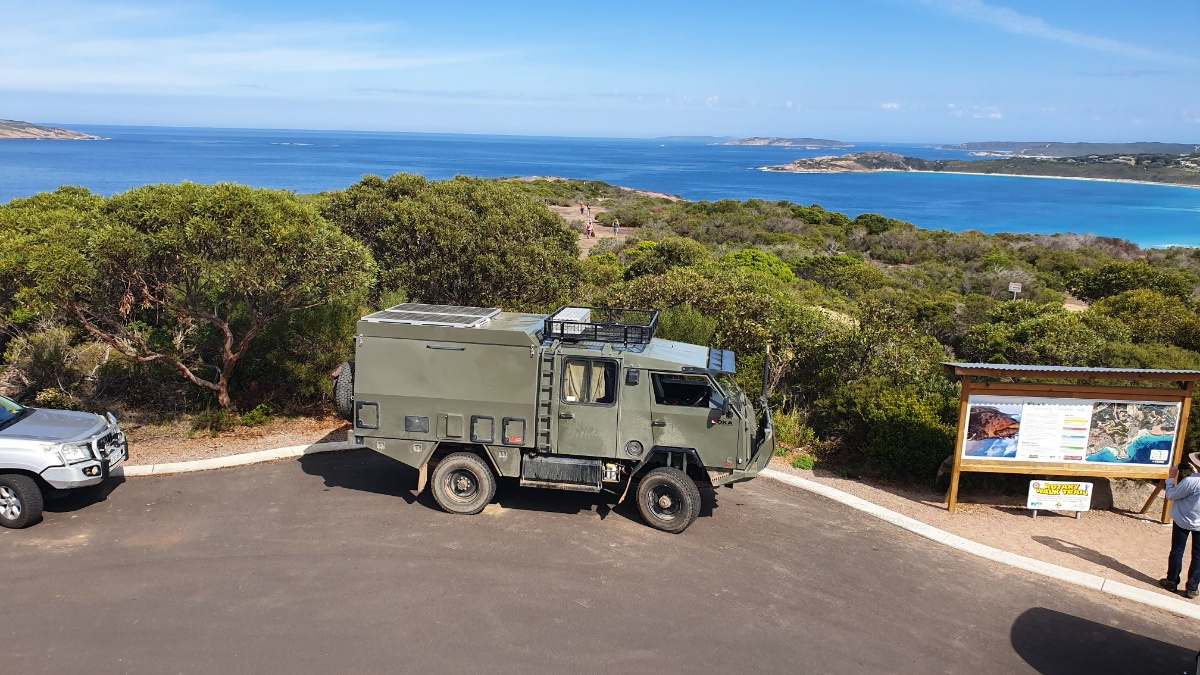 Less More
02 May 2022 11:41 #3 by Tins
Tins replied the topic: Two in Gippsland
That sure looks like the first one I saw. So you didn't know that there was another one a few ks behind you? I really thought you must have been in convoy.
OKA #74